What makes a discarded vehicle a junkyard gem? Sometimes it achieves this status due to inherent coolness or enthusiast love; other times the honor comes due to its place in an obscure corner of automotive history. Today’s car is the latter type: a two-model-year-only version of a previous-generation car with ancient platform roots, kept in production for sale only to fleet buyers. Let’s take a look at such a car, at the end of a short lifetime that took it from fleet service to Kansas to a career-ending crash in next-door Colorado, with stops at cannabis dispensaries along the way. 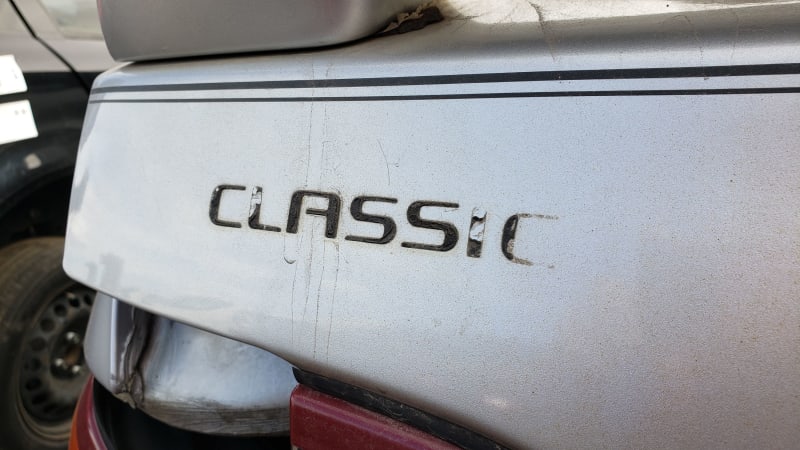 GM ditched the Malibu name after 1983, when it lived on the rear-wheel-drive G-body platform, then revived it for 1997 as the Chevrolet-badged sibling to the Olds Achieva and Buick Skylark. When the Malibu became sibling to the Opel Vectra family in 2004, GM kept the old N-Body Malibu in production for 2004 and 2005, exclusively for sale to fleet users and rental-car companies. This machine received Chevrolet Classic badging, an appropriate name given the N platform’s ancestry stretching back to the old J-Cars of the early 1980s. 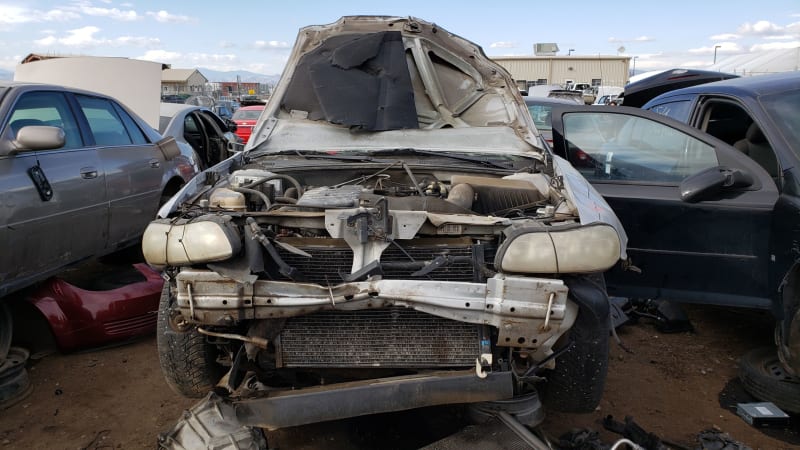 While the final owner of this car had pavement-gouging studded snow tires, the hood latch safety wasn’t quite at the same level. It appears that the latch failed, the hood blew open at speed and smashed the windshield, blinding the driver and causing the car to endure a harrowing scrape against a guardrail followed by a career-ending impact against something hard. 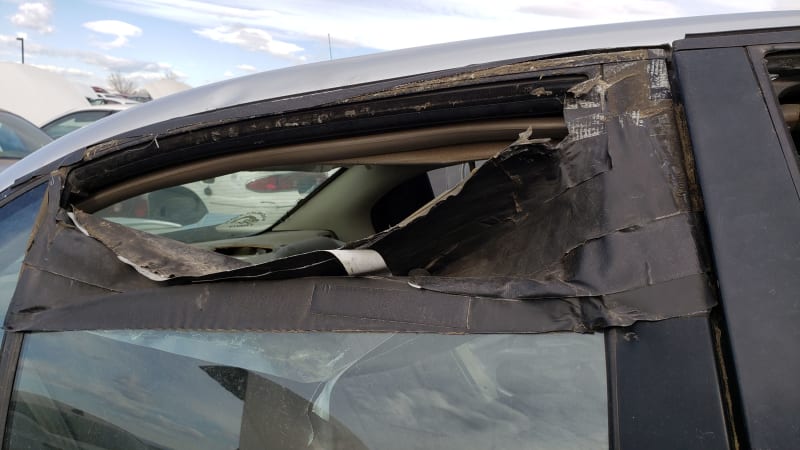 Even before then, however, the downward spiral in resale value had advanced a fair distance. When the right rear power-window mechanism froze halfway up, duct tape went into place as a quick repair. 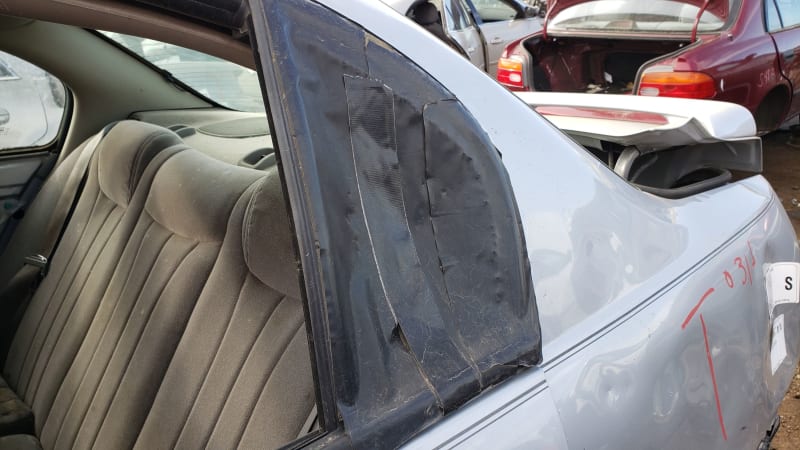 The same treatment went onto a broken quarter window on the other side. 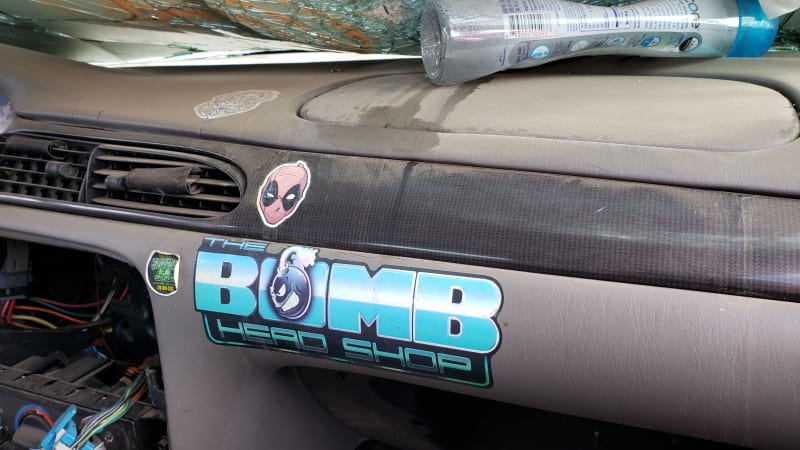 When you’re willing to slap cannabis-dispensary stickers on the dashboard of your ride, you know you’re that fully-depreciated car’s final owner. I see this all the time in Colorado car graveyards. The Bomb has retail outlets all over the Denver metropolitan region, while Nature’s Medicine can be found in Salida, in the mountains just west of Colorado Springs. 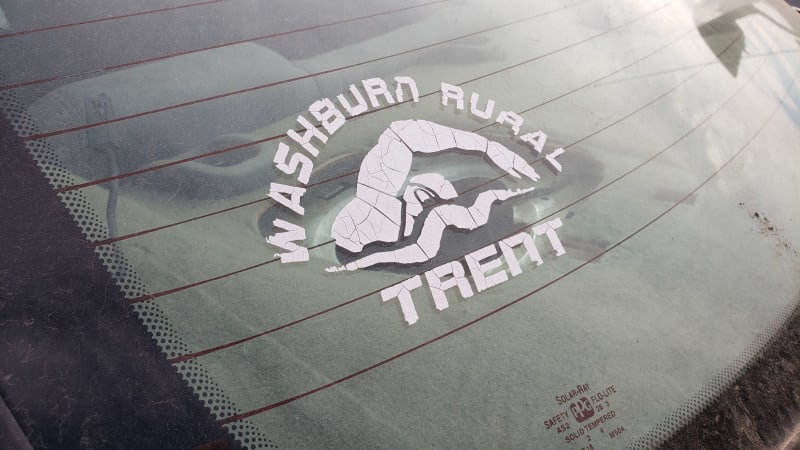 Between this car’s fleet service and its final days of Rocky Mountain High, it spent some time in the family of a swimmer at Washburn Rural High School in Topeka. 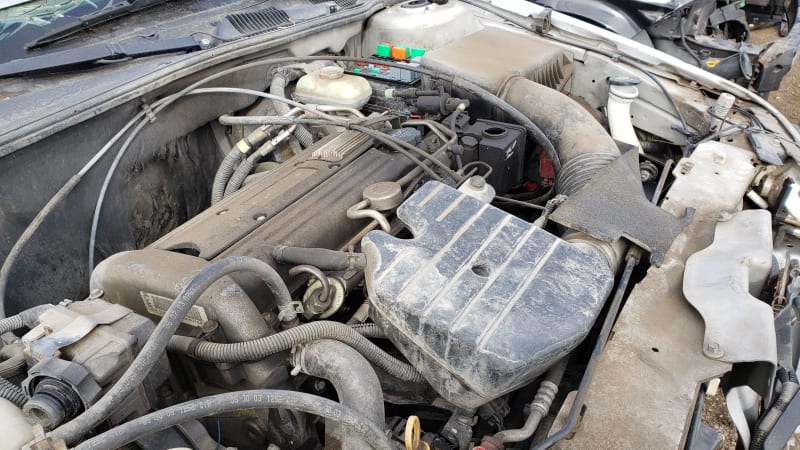 Civilian 1997-2003 Malibus got their power from torquey 3.1-liter V6s or the screaming Olds Quad 4, giving those cars 150 to 170 horses under the hood. The Classic got the very sensible 2.2-liter Ecotec, rated at a completely sensible 144 horspower. 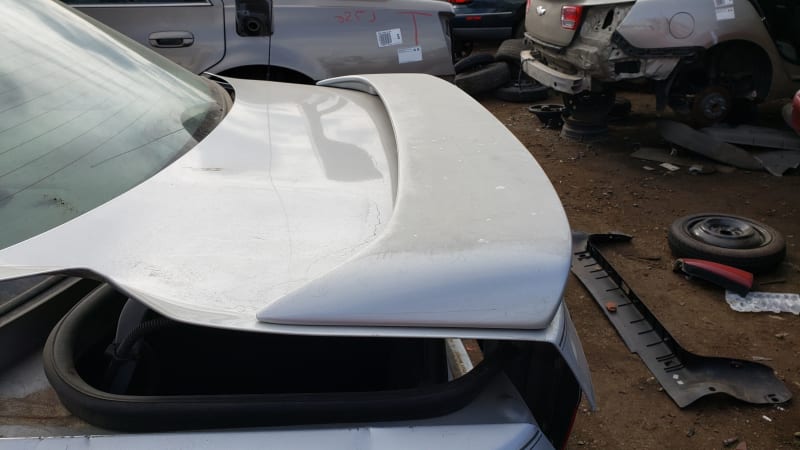 Obviously, The General wouldn’t have bothered with such a racy-looking decklid wing on a car destined for the Avis lot at Kansas City International Airport, so one of this car’s post-fleet-life owners opted for a junkyard upgrade. The spoiler fits pretty well, so I’m guessing it was sourced from a same-generation Grand Am or Alero.

Yes, the friendly Avis counter in KC had a whole brace of Chevy Classics available outside, with maps and a clean shuttle bus. Meanwhile, the purple-liveried competition offered what appear to be primered-out Plymouth Sundance Americas and a Flying Pigeon bicycle to take you to the terminal. This really wasn’t fair to the Flying Pigeon, which is the most-produced vehicle in human history.